Recently, a small group of King Jamers headed off to Cannes for the ad festival. Rather than stay in individual hotel rooms it was decided to accommodate the five of us boys in a three-roomed apartment on Rue d’ Antibes. Three of us arrived on the Sunday and proceeded straight to a bar just off the Croissette. The other two, Matt Ross and Michael Udell, were due to arrive early the next morning. The afternoon progressed much as it always does in Cannes; one Kronenberg 1664 at a time.

Later that evening, after a significant amount of summer drinking, the three of us arrived back at the apartment all worse for wear but in considerably good spirits. Dev and Biggles headed off to the bedroom they were sharing and I stood admiring Matt and Mike’s room as I brushed my teeth. It was an adequate sized room for two, with two single beds pushed together and lots of natural light. I was sure they would be comfortable in it if we just moved the beds apart. Guys are funny that way. 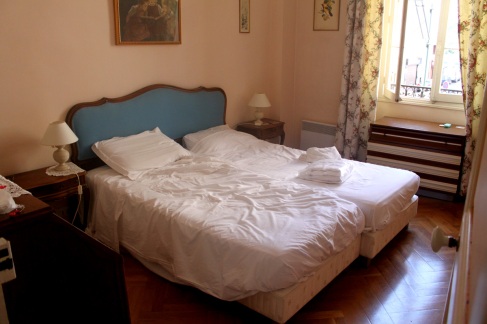 It was then that I noticed a small walk in cupboard to my left,  just outside their room, filled with vacuum cleaners, ironing boards, ladders, spare blankets and clothes hangers of various shapes and sizes. 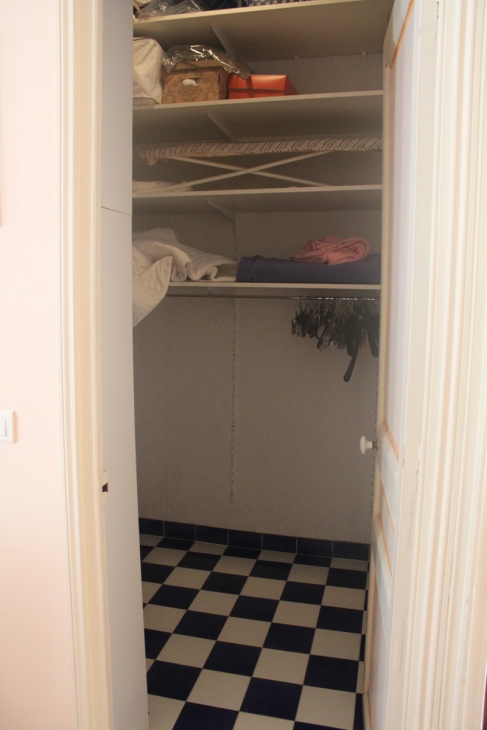 It occurred to me that if we tried really hard we could move one of their beds into it and pass it off as a desperate attempt by the rental company to make it a bedroom. My thinking  was that it would be a good experiment to see who would win the fight for the larger room.

I called Dev and Biggles and without further ado we negotiated the mattress and bed base through the door and squeezed it into the only space it could fit into – under the shelf with all the hangers. It fitted perfectly with no spare room on either end. For special effect Bruce made the bed up and lovingly and invitingly laid out some towels and pretty scented soaps: very classy.  He then squashed a side table and a bedside light next to it with the cords running out the door and into the dining area. We looked at it proudly. It looked like the worlds smallest room. But it also still looked like a closet.

Right next door to it was the other bedroom, now more spacious than ever. If the ample space didn’t give it away, the single bed pushed up against the double headboard surely would. Or so we thought.

The next morning Matt and Michael arrived, excited to join us but slightly weary from their early flight. They stumbled into the apartment dragging their suitcases ready to tackle all that Cannes had to offer. Restraining our giggles, Biggles pointed them towards the two rooms and we left them to work it out.

The two of them stood for a moment looking at the rooms on offer. The one room, 16m2 with sunshine streaming in through the open window.  The other, 4m2 and not a window or ventilation duct in sight. The course of action was obvious we thought – move the one bed into the larger room.  But no. These two rocket scientists, after a nervous chuckle or two decided to flip a coin to see who would take the smaller ‘room’.  And so the coin was flipped -an awesome demonstration of problem solving right there.

The coin landed heads up and Michael mentally punched the air, hurriedly dragging his bag into the larger room before Matt could demand best-of-three.  With the slightest look of dejection, Matt stepped into his cupboard pulling his bag in after him but realizing very quickly that there was no room for it. He’d sleep in the cupboard, but his clothes would have to be stored in Mike’s room it would seem.

The rest of us sat quietly, barely restraining our laughter, but slightly stunned that Matt was actually going to accept his fate and sleep in there. And sleep in there he did. He dutifully went to his cupboard that night, closed the door and had sweet dreams. The next morning he staggered out of the cupboard at 8am announcing loudly that it was “Fucking hot in there” and it was then that we decided to come clean. To his credit, he laughed heartily for a good 5 minutes, but it still didn’t change things. He slept in there the whole week, obviously deciding that sleeping in a cupboard was better than sharing a well ventilated room with Michael Uddel.  Not even quips like “Hey, Matt’s just come out of the closet” or “Why doesn’t the light come on when you open the door?” deterred him. On the last day of Cannes, he packed his bags and headed home as if nothing unusual had happened during his stay. The rest of us however departed having learned a number of lessons.

1) A flip of the coin can solve most problems in a satisfactory manner.

2) Matt can accept his fate without protest.

3) Harry Potter didn’t have it so bad under the stairs.

5) No one minds living in a shit hole in Cannes.

6) What goes on in Cannes doesn’t stay in Cannes.